Each year brings special events in the sky that you may only be able to see once in your lifetime. Even though this year is more than half over, there are still several astronomical events to look forward (or up) to. But to catch them, you need to know when they are happening. Mark your calendar, grab your binoculars and telescopes, and look out for these upcoming astronomical events:

1st – Harvest Moon/Hunter’s Moon: The first full moon of the month is always a sight to see. It is referred to as the Hunter’s Moon since it signifies a time where animals are well-fed and hunters can catch good game. As this is the full moon closest to the autumn equinox, it’s also called Harvest Moon.

21st-22nd – Orionid Meteor Shower: If you catch this event, you will see up to 20 meteors an hour. The best time to go stargazing is after midnight. While this meteor shower will last from Oct. 2nd-Nov. 7th, it reaches its peak during these couple of days.

31st – Blue Full Moon: Ever heard the phrase, “once in a blue moon”? You might have wondered what it meant – it refers to the fact that it’s very rare for a full moon to happen twice in one month, and that’s exactly what you’ll see this October. Look out for this “blue” moon on the night of Halloween.

10th – Mercury at Greatest Western Elongation: Your best chance to see Mercury is on this night; it will be separated from the sun and therefore more visible. Watch for it just before sunrise to catch a clearer glimpse. Mercury will be low in the sky near the east.

16th-17th – Leonids Meteor Shower: If you love shooting stars, watch the sky between these dates. You’ll see the Leonids’ shooting stars best during the dead of night or early morning. As there is no moon during these days, you’ll have the best visibility conditions for this meteor shower.

29th-30th – Penumbral Lunar Eclipse/Beaver Moon: This event occurs when the moon is illuminated by the sun when it’s on the opposite side of Earth. The moon moves through the shadow of the Earth, making it darken slightly. November’s full moon is referred to as the Beaver Moon since it’s the time of year when these animals build their dams.

14th – Total Solar Eclipse: Don’t miss seeing this event – just be sure to wear eye protection when staring at the sun. It happens when the sun is completely covered by the moon. Get your camera and solar eclipse glasses ready to capture this phenomenon.

21st – Winter Solstice: If you live in the Northern Hemisphere, then you know this event as the longest night of the year since it has the least amount of daylight. It also marks the first day of winter – although the snow will have already fallen in many places.

21st – The Great Conjunction of Jupiter and Saturn: This rare event describes how two planets get so close that they appear to be a double planet. Since this only happens once every 19 years, be sure not to miss it! Keep your eyes to the sky right after the sun sets to catch this event. 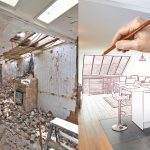 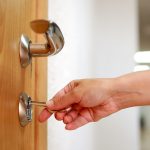